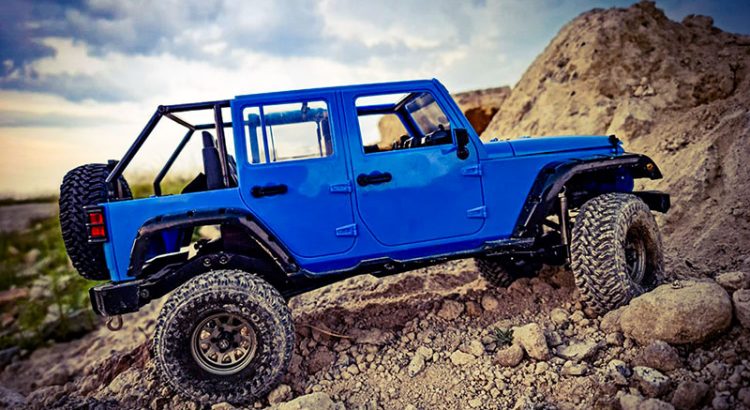 We are still trying to gather more information. But since early this morning we have been receiving reports and questions as to why the RC4WD Cross Country Black Rock, which we reviewed and loved previously is not completely removed from their website. Even previous block posts and of it have been removed.

Early unconfirmed reports suggested that is is due to legal trouble from Jeep for trademark and design infringements. It was obviously a scale replica of the Jeep Wrangler JK Unlimited with just a aftermarket mesh grill, and from the start the scale RC world wondered why RC4WD didn’t just go through the effort of licensing it with Jeep right away and including them in the promotion and model, possibly though Jeep did not want to or was not allowed to agree another design license so soon after licensing Axial for the SCX10iii JL model.

To be honest, it was pretty obvious and any 15 year old could predict RC4WD landing in hot water over the design at some point or another. What we can say for sure, with it being withdrawn, and being such a good scale model, it is bound to become a cult classic with resale prices sky-rocketing over the next few weeks and years so you better jump on the few left on eBay and local hobby store while they are still at normal retail prices.